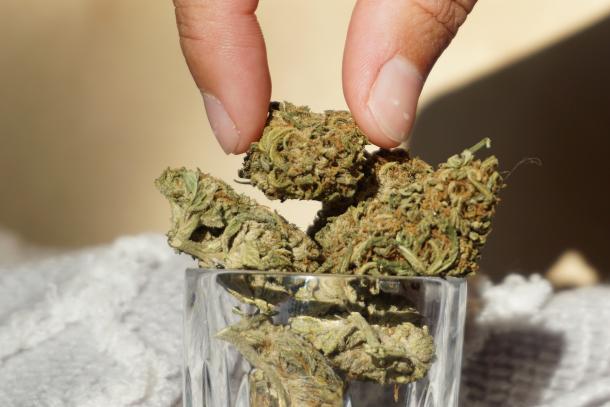 California voters weighed in on over two dozen local cannabis measures last Tuesday. Many of these measures would set up a pathway for legalization of retail cannabis in jurisdictions where marijuana sales are prohibited. In around a dozen localities – including Huntington Beach – voters opted to legalize retail sales for the first time. According to Marijuana Moment, this should result in around 70 new retail licenses.

Some of the most interesting measures appeared on ballots around Los Angeles’ South Bay – in the beach cities of Hermosa Beach, Manhattan Beach, and El Segundo. There, voters have rejected an attempt by a cannabis dispensary owner to expand access to retail marijuana. Although the loss has been framed as a product of NIMBYism, many voters felt it was a power grab by a single cannabis business operator.

Below is a list of local cannabis measures we were watching last Tuesday and how they all fared.

Los Angeles County Measure C was approved. It will permit cannabis businesses in unincorporated parts of LA County and enact annual tax rates not to exceed $10 per square foot for cultivation (adjusted for inflation); a percentage of gross receipts for various cannabis businesses, including 6% for retail, 2% for testing laboratories; 3% for distribution and 4% for all other cannabis businesses.

Baldwin Park Measure CB is too close to call. It would permit cannabis retailers to sell and deliver medical and adult-use cannabis. It would establish a sales tax of 0.5% for retailers and a 4% tax on gross receipts from sales, while authorizing the City Council to modify rates up to 5%. The latest results are 48.05% yes, 51.95% no.

Cudahy Measure BA is too close to call. It would authorize storefront retail cannabis sales and other commercial cannabis activities. It would slap a 15% gross receipts tax on marijuana retailers and restrict locations to 600 feet from schools, churches, and childcare facilities. The latest results are 53% yes, 47% no.

Hermosa Beach Measure M was defeated. It would have repealed the City’s existing ban on cannabis businesses and allow up to two cannabis retail storefront businesses, including delivery, by City-approved permit. This was placed on the ballot through a citizens’ petition drive.

Lynwood Measure TR was approved. It will establish a 5% tax on retail cannabis businesses.

Manhattan Beach Measure MB was defeated. It would have legalized all commercial cannabis activity and permited three cannabis retailers within city limits.

Manhattan Beach Measure V was approved. It maintains the commercial cannabis ban on marijuana in the city.

Redondo Beach Measure E was defeated. It would have repealed the city’s ban on non-medical marijuana businesses and allow up to three marijuana retailers.

South El Monte Measure CM is too close to call. It would permit and regulate limited cannabis sales (1 adult-use/medical with option of up to 3 total after the measure’s first year) and establish a general tax not to exceed 8% of noncultivation cannabis business proceeds and $25/square foot of cultivation space (with CPI increases).

South El Monte Measure X is also too close to call. This was a competing measure that would permit and regulate limited cannabis businesses as follows: 5 allowable dispensaries, 2 cultivation, 1 testing facility, and 2 manufactures/distributors. It would establish a maximum 6% special excise tax on retail cannabis/edibles sales.

San Diego County Measure A was approved. It will tax cannabis businesses in the unincorporated area on gross receipts at maximum 6% for retail, 3% for distribution, 2% for testing, cultivation at 3% or $10 (inflation adjustable) per canopy square foot, and 4% for other businesses.

Montclair Measure R was approved. It authorizes a marijuana gross receipts tax of no more than 7% with revenue dedicated to general services.

City of Tulare Measure Y was approved. It will enact a 10% tax on cannabis businesses to fund general city services.

City of Pacific Grove Measure M was approved. It authorizes the City Council to amend the Municipal Code to allow retail sales of medical or recreational cannabis, limited to one single location no closer than 1000 feet from Daycare/Preschools, Youth Centers, and Schools.

City of Pacific Grove Measure N was approved. It asked voters to support an excise tax on cannabis and hemp businesses at an annual rate not to exceed 6% of gross receipts for retail and delivery cannabis businesses.

Sausalito Measure K was handily defeated, would repeal the ban on marijuana sales in Sausalito, establishing a process for applying to operate a marijuana business, and requiring that the greater of 7.5% net profits or $50,000 from marijuana sales be paid to the city. The no vote was a whopping 72.4%.

Woodland Measure K was approved. It asked voters to enact a tax on cannabis businesses of up to 10% of gross receipts.

Avenal Measure C was approved. It supports authorizing the city to tax marijuana retailers at a rate of $25 per square foot (annually adjusted by inflation) or 15% of gross receipts (whichever is more).