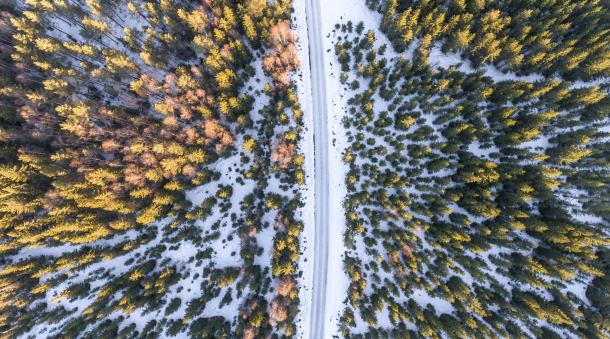 With the help of satellite imagery, the Los Angeles Times has succeeded in mapping illegally grown cannabis in California — something the State of California has tried and failed to do. According to the Times, the effort uncovered 25 million square feet of illegal grows capable of producing 2.6 million pounds of marijuana. That’s enough to supply all of California with weed.

The Times relied on 2021 satellite imagery from both private and public sources. It poured over 3,000 square miles of land across six counties: Siskiyou, Trinity, Mendocino, Shasta, Butte and San Bernardino. It cross-checked the greenhouses it found against licensing maps from the state Department of Cannabis Control, county permit databases, hemp registrations, and parcel records. For crops on Native American reservations, it used maps from the U.S. Bureau of Indian Affairs. Industry-supplied yield formulas were used to calculate. Then the total amount was reduced by 30% to account for crops lost to wildfire or enforcement.

“In every place The Times looked, illicit cannabis production had increased since California reduced criminal penalties for unlicensed operations as part of legalization,” according to the publication. “There was little variation between areas that licensed cannabis and those that banned it. The findings suggest efforts to draw cannabis growers into the legal market are foundering. All but 68 of the 782 cannabis farms below Post Mountain in Trinity County, for instance, lacked a state license as of early 2022.”