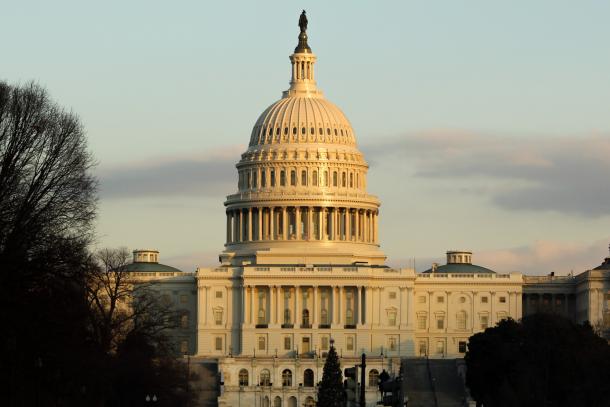 Senate Democratic leaders have unveiled long-awaited draft legislation to legalize marijuana at the federal level. They are now asking for the public’s input.

“Cannabis prohibition, a key pillar of the failed war on drugs, has caused substantial harm to our communities and small businesses, and especially for communities of color,” said Sen. Rob Wyden (D-KS). “It’s as simple as this: Senators Booker, Schumer and I want to bring common sense to the federal government, end prohibition and restore the lives of those hurt most and set them up for opportunity.”

“While red and blue states across the country continue to legalize marijuana, the federal government continues to lag woefully behind,” Sen. Cory Booker (D-NJ) stated. “It is time for Congress to end the federal marijuana prohibition and reinvest in communities most impacted by the failed War on Drugs.”

You can read the draft legislation here. Below are some highlights of the current version of the bill:

-Remove cannabis from the Controlled Substances Act within 60 days and impose a federal tax on cannabis products.

-Federal tax rate on sales would start at 10% and increase annually up to 25%. By the fifth year, the tax would be a “per-ounce or per-milligram of THC amount determined by the Secretary of the Treasury equal to 25 percent of the prevailing price of cannabis sold in the United States in the prior year.”

-Establish a credit allowing for a 50% reduction in the tax rate for cannabis producers with less than $20 million in annual sales.

-States could continue to prohibit marijuana possession, sales, and distribution if they choose.

-Use tax revenue to fund social equity programs to help those impacted by the War on Drugs.

-States and cities must create an automatic expungement program for prior cannabis offenses to be eligible for any grant funding in the bill.

-Allow cannabis companies to utilize banking services and trade on the stock exchange.

-Transfer regulatory authority from the Drug Enforcement Administration (DEA) to the Food and Drug Administration (FDA), the Bureau of Alcohol, Tobacco, Firearms and Explosives (ATF) and the Alcohol and Tobacco Tax and Trade Bureau (TTB).

-Prohibit denial of federal benefits and revocation of security clearances based on marijuana use, possession or conviction.

Marijuana Moment has a list of items that senators are specifically seeking public input on. These are:

-Measuring the potency of cannabis products, the overlap of definitions for hemp and marijuana, regulations for synthetic THC, regulatory responsibilities for various federal agencies and FDA funding.

-Balancing efforts to reduce barriers to entry to the marijuana industry while mitigating the influence of illicit cannabis operators.

-Determining whether cannabis products should go through a premarket review before being marketed.

-How to deal with international treaty obligations with respect to marijuana.

Have comments on the draft legislation? Send them to to Cannabis_Reform@finance.senate.gov by September 1.