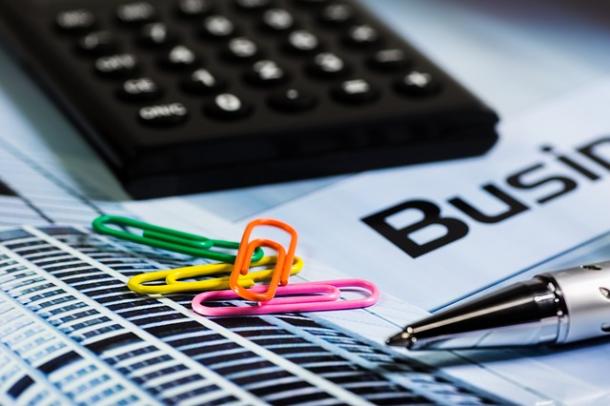 Editor’s note: As California navigates the transition to a regulated cannabis industry, several cities and counties stand out as best-practice examples. The city of Sacramento, which began its medical cannabis regulatory process six years ago, is among the success stories. This report, the first in an exclusive series, explains how Sacramento built a winning path to regulation.

The City of Sacramento, with a population 479,686 and a general fund budget of $400.6 million, is in many ways typical of California’s larger cities. Blessed with a diverse population and a consistent economic base thanks to its status as the state capital, Sacramento was severely impacted by the Great Recession, with property values falling by 45 percent in some neighborhoods and unemployment reaching 12 percent.

In 2010, as the city began to recover from the impact of the Recession, a secondary issue presented itself to City Council members: the regulation of medical cannabis dispensaries. Like many cities in California, Sacramento had established no formal strategy to manage and regulate the proliferation of cannabis in the years since California voters approved the Compassionate Use Act in 1996. Numerous dispensaries operated openly without permits in the city, but were subject to police raids and arrests. By 2010, cannabis patients and advocates began to address the City Council on a consistent basis, asking for clarity on the issue, in the form of an ordinance-based regulatory system to dispense medical cannabis.

This paper will address how the City of Sacramento successfully approached the complex and emotional issues of medical cannabis, and how the city’s strategy continues to evolve with changing public attitudes and new state laws

To remain consistent and supportive within the scope of the Compassionate Use Act passed by California voters as Prop. 215 in 1996, the City of Sacramento designed a conditional-use permitting process for the operation of retail dispensaries selling medical cannabis to qualified patients. In 2010, the city established a limitation on dispensary permits at 39. A comprehensive, two-phase permitting process was created, and 30 dispensaries completed the process within deadlines set by the city.

The conditional-use process was created primarily to allow for public dialogue relevant to the location of individual dispensaries. Deadlines were established to ensure compliance among applicants. Between 2010 and 2014, the city extended its permit process three times to address uncertainties over federal law enforcement actions and to await the outcome of several cases involving medical cannabis dispensaries before the California Supreme Court. The legal questions were resolved to the satisfaction of the City Attorney and City Council as to the city’s compliance and good standing under appropriate law. A fourth extension was granted to allow one dispensary additional time to become compliant.

deadline has passed. Furthermore, an existing dispensary cannot reopen once it ceases operation, regardless of reason. In 2016, the City Council amended the city’s dispensary ordinance to allow two dispensaries to close and relocate under specific guidelines. One dispensary was forced to close and relocate due to a fire on its premises; another was required to move when its building was sold and the new property owner declined to accept a lease from a cannabis dispensary. Under the reconsidered flexibility, the city expects other dispensaries to seek permission to relocate, provided their new locations follow buffer guidelines, which include 1,000 feet from parks, K-12 schools and other dispensaries; 600 feet from childcare centers, youth centers, churches, cinemas and substance-abuse facilities; 300 feet from residential zones.

The city collects a four percent Business Operations Tax on sales completed by each dispensary. In fiscal year 2014-15, the city collected $2.86 million for its general fund from an average of 28 operational dispensaries. The average BOT revenue collected from each dispensary was approximately $103,000 per year. Additionally, each dispensary pays an annual fee of $12,600 to support the cost of enforcement and permits.

Overall, the dispensary conditional use permit process has been successful. In a January 2016 staff report to the City Council, the Community Development Department and Finance Department wrote, “The current process has worked well and very few complaints have been received regarding the operation of dispensaries.”

In January 2016, in response to the Medical Marijuana Regulation and Safety Act passed by the State Legislature and signed by Gov. Brown in October 2015, the city began to create a subsection of ordinances to address the issues of cannabis cultivation, manufacturing, transportation, testing, wholesale distribution and delivery.

Given the city’s proactive and successful strategic approach to conditional-use permits for dispensaries, this paper will subsequently focus on Sacramento’s efforts to extend its regulatory capacities into licensing categories established under the new state laws, with specific detail on land-use applications relevant to medical cannabis cultivation.

Prior to the passage of the Medical Marijuana Regulation and Safety Act, the City of Sacramento allowed cannabis cultivation only under narrow terms. Residents were allowed to cultivate cannabis only if they lived in neighborhoods zoned for residential use; they were required to limit their cultivation activities to indoors; their product end-use was restricted to personal-use only. Cultivation areas were limited to 400 feet. The product was to be concealed from public view at all times.

Health and Safety Code violations were punishable by fines of between $250 and $25,000.

With the arrival of the MMRSA, the city decided to expand its ordinances to allow commercial cultivation in certain agricultural, commercial and industrial zones. While the city continued its prohibition on outdoor cultivation, the new ordinances extended the size of areas under cultivation to 22,000 square feet. As with previous ordinances, cultivators were required to conceal their product from public view and to maintain a minimum buffer of 600 feet between an area under cultivation and a school or park. As with dispensary operators, cannabis cultivators are required to obtain a conditional use permit. City Finance Department staff anticipated annual revenue from Business Operations Tax on cultivators of approximately $1 million

In anticipation of evolving public acceptance and the development of regulatory frameworks relevant to cannabis, on both the state and local levels, the city’s Community Development Department and Finance Department noted in a January 2016 report to the City Council:

“The City realizes that despite these land use regulations, cannabis cultivation uses may still potentially impact the health, safety, and welfare of the public in the surrounding areas with an increase in crime and other nuisance activity. The City Council is currently considering and studying a proposal that would impose significant additional regulations to reduce that impact. The proposals include the establishment of a cannabis cultivation business permit, as well as the adoption of registration, security, building, signage, and other operational requirements.”

Given the time required to develop a more comprehensive proposal to address issues of health, safety, public welfare, crime and nuisance, the City Council temporarily agreed to suspend its newly expanded cultivation ordinance for a period of no more than 22 months and 15 days. The city’s new ordinances are under development as of this report.

The California Medical Marijuana and Safety Act of 2015 establishes as its foundation a two-tiered system of permits and licenses, with every aspect of the medical cannabis industry requiring a combination of municipal or county permits and state licenses. As stated by Department of Consumer Affairs Medical Marijuana Director Lori Ajax, “Without a local permit, there can be no state license issued.”

While the two-tiered format gives local jurisdictions practical and logistical first right of refusal over the issuances of state licenses for cultivation, manufacturing, testing, wholesale distribution, delivery and dispensing, the legislation emphasizes the need for municipal and county governments to cooperate with state authorities as California moves toward comprehensive cannabis regulation in 2018. Numerous policy experts within and beyond the cannabis industry have noted that a lack of cooperation among regulatory authorities on the local level will propel cannabis cultivators, manufacturers, transporters and patients back into the underground economy, depriving the state and municipal jurisdictions of tax revenue and increasing the challenges faced by law-enforcement and the public.

The City of Sacramento, with its decision to grant conditional-use permits to dispensaries and cultivators while reviewing its broader ordinances relevant to the manufacturing and distribution of cannabis, summarized the contemporary environment of two-tiered cooperation succinctly during a January 2016 City Council presentation:

“It is also important to maintain consistency with California law while retaining our local regulation of medical marijuana businesses. The city must also determine whether or not it will choose to regulate or ban additional activities now legal under state law or allow the state to regulate those aspects of the industry.”

By taking a proactive and considered approach to the regulation of cannabis, the City of Sacramento has thus far managed to balance and harmonize the diverse interests and goals of local control, community safety, patient access, general-fund revenue and adherence to state law.